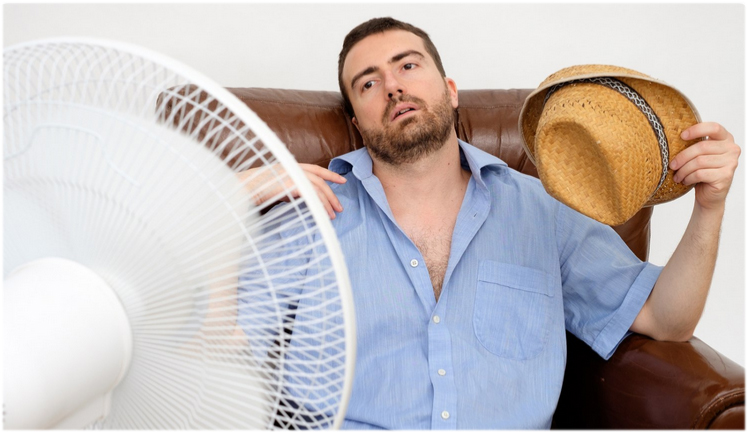 After a long, grueling search, including several overheated bidding wars, Jim and Claire found the California home of their dreams. They were ecstatic when their offer was accepted and the transaction sailed to an effortless close.

As summer settled in, it was time to crank up the air-conditioner. Curiously, they couldn’t find the thermostat for it. Sure, there was a thermostat for the heater and, isn’t the cooling system typically attached to it?

After searching the entire home, they came up empty. The HVAC system was missing the AC side of the equation—there was no air-conditioning system in the home, despite the MLS listing claiming otherwise.

Who gets the blame?

It’s easy to assume that the listing agent and/or her broker were to blame for this. After all, the box on the MLS listing, right there next to “central air conditioning,” was checked.

Perhaps the homeowners should’ve caught the MLS mistake and brought it to their agent’s attention? If so, perhaps they’re to blame.

In the end, after mediation, the buyers were found to be at fault.

They didn’t perform adequate “due diligence”

You’ve most likely heard the Latin term for “let the buyer beware.” But, did you know that it’s part of a longer statement that admonishes buyers to “beware, for he ought not to be ignorant of the nature of the property which he is buying from another party?”

According to FindLaw.com, there is an assumption, under law, that a buyer of any product will inspect it completely before consummating the purchase.

“This does not, however, give sellers the green light to actively engage in fraudulent transactions,” according to findlaw.com, but it does put a lot of responsibility on buyers’ shoulders.

And, in this case, the mediator found no evidence that the sellers acted fraudulently.

The due diligence period

This time period extends from the minute the seller accepts the offer to when the last contract contingency is removed.

Homebuyers are, therefore, given ample time to perform due diligence. They are even afforded the opportunity to request additional time, if needed.

During this period, the buyer will have the home inspected, shop for insurance and examine HOA documents (if applicable), the lender will work on the buyer’s loan and have the home appraised and the title company will investigate the home’s title.

The buyer, who receives copies of inspection reports, appraisal information and the title search, is well-armed with information during the due diligence period. Savvy buyers will personally inspect the home as well, which Jim and Claire did, twice.

And, it’s expected that they know what they’re getting into.

Jim and Claire lost their case at mediation, and here’s why:

There was no evidence that the seller exhibited fraudulent behavior. His property disclosure noted that there was no central air conditioning. The buyers either didn’t read the disclosure or ignored what was stated.

The buyers personally inspected the home on two separate occasions and performed an additional final walk-through before closing. While it would be too late to seek remedy after the final walk-through, the prior two inspections fall under the umbrella of performing due diligence.

Don’t let it happen to you

It can happen to even the most experienced homebuyer. It’s easy to be so excited by the fact that you finally found THE home that you either don’t notice or overlook its flaws.

While Jim and Claire’s own real estate agent should have noticed a feature that the couple told her they wanted, in the end it all came down to their negligence.

Buying real estate, even for personal use, is a financial investment. Treat it as such by forcing yourself to leave the emotions aside and approach the purchase with all the seriousness it requires.