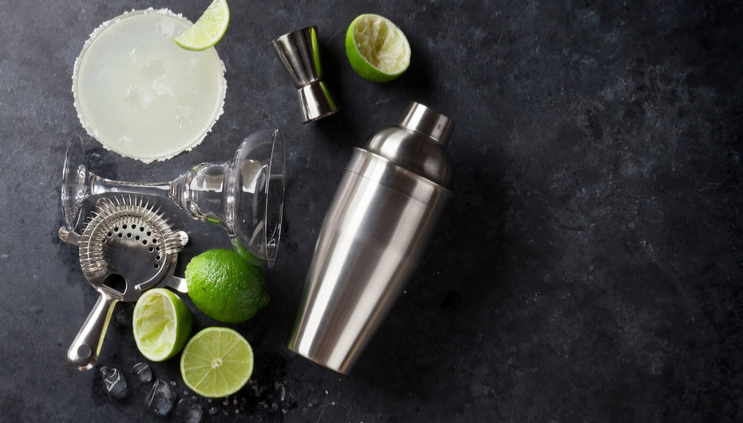 Sure, beer is the official beverage of the great American tailgate party. But it’s time to step out of the rut and add a little flair to this year’s festivities.

Every tailgate crew has that one person who has a signature tailgate dish. Well, this year it’s your turn to take the spotlight.

You’ll have people waiting all year for tailgating season just to wrap their lips around the salted rim of one of your frosty margaritas.

Whether your tailgate crowd is nibblin’ on sponge cake or somebody had the good sense to bring a huge platter of nachos, you, my friend will be toting the frozen concoction of everybody’s dreams.

History of the Margarita

It’s hard to believe, but there is nobody to thank for this classic Mexican cocktail. Yes, there are plenty of people that want the credit, but nobody is quite sure which one of them is the creator.

Back in the mid-1930s a bartender named Willie, from Matamoros, Mexico, was smitten with one of the bar’s regular customers. Her name was Marguerite Hemery. Legend has it that Willie concocted the first margarita in Hemery’s honor. But, if that’s so, why don’t we drink marguerites?

Then there was Danny Negrete, a bar owner who created the margarita as a wedding gift to his future sister-in-law. Another tale is that he made it for his girlfriend, who was fond of salt in her drinks.

Bastante Gutierrez is said to have created the margarita to honor his favorite actress: Margarita Cansino, whom we know as Rita Hayworth.

Finally, we have Francisco “Pancho” Morales, to whom the Mexican press gives credit for inventing the margarita. Seems a customer ordered a drink he’d never heard of. Rather than asking the lady what was in it, he created his own concoction. She loved it and it became the margarita.

At one time only wine and scotch and, more recently beer, had snooty aficionados. Today, tequila has joined those ranks. There are two main types of tequila: 100 percent agave and Mixto, which is a blend of at least 51 percent blue agave and other stuff – which varies according to manufacturer

These two types are further broken down into:

·        Silver, also known as blanco, white and platinum. This is pure blue agave; it’s clear but not aged.

·        Gold tequila is typically a mixto type of tequila, although there are exceptions. It’s also generally less expensive than the pure forms of tequila.

·        Reposado is a lightly aged agave – usually stored for between two and 11 months. Sometimes stored in wood barrels, the tequila may take on the flavor of the type of wood

·        Añejo is agave tequila that is aged for at least a year. Before pure agave tequila can bear the Añejo label it must be aged in barrels that hold a maximum of 600 liters. Añejo is a darker colored tequila.

·        If it’s aged more than three years it can be called Extra Añejo, for “ultra aged.” Barrel capacity requirements are the same as for añejo. After aging, the tequila is quite dark in color and extremely smooth. This is definitely a sippin’ tequila.

Concoct It, My Friend

The basic margarita mix, according to the drink masters at Jose Cuervo, contains tequila, Cointreau (a high-end brand of triple sec), and fresh lime juice.

You won’t, however, be famous for your tailgating margaritas if you stick with the basics, now will you? Here are two margarita mixes to get you started:

Courtesy of an ace bartender at Las Vegas’ famed XS Nightclub. This recipe is for one cocktail so you’ll need to multiply the ingredients by the amount of margaritas you want to make.

Shake all the ingredients except the limejuice in a cocktail shaker. Squeeze the lime over the top before serving.

Thanks to Portland’s Clyde Common bar manager Jeffrey Morgenthaler for this margarita mix for the masses. Although the recipe is his, the name is mine.

Mix ingredients together in gallon container – such as a clean one-gallon milk or water container. Keep it refrigerated until the tailgate party. Makes 20 margaritas.

By the way, Jeffrey says that you’ll need two 750 ML bottles of tequila and you’ll have a bit left over after you measure out the 6 cups. You’ll need one 750 ML bottle of the triple sec.

If you don’t happen to have simple syrup in your pantry, whip some up.

Bring 2 cups of water to a full boil.

Slowly pour in 2 cups of granulated sugar. Stir until the sugar is completely dissolved and the mixture is clear. Allow the syrup to cool and then pour it into a bottle.

For the designated drivers in the group

Call it a virgin Margarita if you like but we prefer the term “mockarita” for this one.

Combine the ingredients in a cocktail shaker filled with ice and shake vigorously.

Pour into a mason jar for easy transport. Refrigerate until game day.

When serving, garnish with a lime wedge.

Previous Post: « 5 DIY landscaping projects you can do over the weekend
Next Post: My mortgage application was turned down. Now what? »